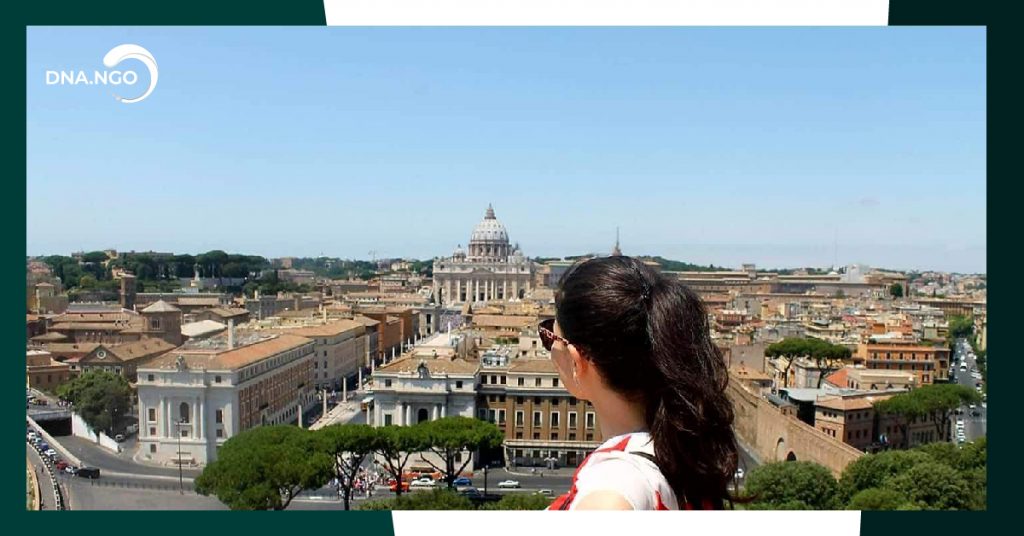 Sit comfortably, fasten your seat belts, and follow the DNA Travel Trips. Today we are traveling to cultural, colorful, and delicious Italy with the president of DNA Anna Meliksetyan.

Italy is one of the famous countries in Europe. 60% out of the world’s sights are in Italy, and it is impossible not to visit and explore them.

Here are some tips before you travel

The Italians stand out with their temperament. Coming to Italy, you live through the whole history of the country – starting from the Roman Empire when the Italians created the most beautiful architecture, culture, and their narrow streets, where you can taste Italian national cuisine.

Plan your route, clearly choose the days of the visit, so that you don’t spend more time in one city, and don’t have time to see the others, because almost all the cities of Italy are diverse.

Pay attention to  the papers

The best time for the visit

Italy is beautiful in all months of the year. In spring it’s nice to enjoy the nature of the whole country when trees and flowers bloom. Summer is very hot unless you plan your rest on the beach. But if you are going to visit museums, sights, especially Venice all day long, you should try it in the fall.

The diversity of Italy is so huge that the budget depends on your preferences. The minimum amount for a complete rest can be about 100 euros per person per day, in case of staying in a standard hotel, and about 30-50 euros extra for food and other expenses.

It’s preferable to travel by metro or train, in Venice and Genova you can also try a Venetian gondola. There are many buses as well, but Italians, considering their Siesta, are a slightly calmer nation, and it’s possible to miss your flight because they will be late. You have to be careful while using taxis because many scams happen there.

The most interesting discovery

Florence is a great discovery, where you feel as if the hero of medieval books or movies, as well as Turin- famous for a car museum with samples of the oldest cars.

The most impressive thing in Italy

St. Lazarus island with a Mekhitarist Congregation is a very impressive, and a spiritual place, where Armenian concordances live.

Every Armenian should visit the Mekhitarist Congregation at least once.

Here is the 2nd largest Armenian manuscript repository in the world after the Matenadaran.

In the Mekhitarist Congregation is prepared the most delicious rose jam of the world, which is uncomparable with its unique taste.

Interesting facts about Italy and Italians

PrevPreviousWomen in IT
NextA New Normal for StudentsNext