The Role of the Languages in the Profession 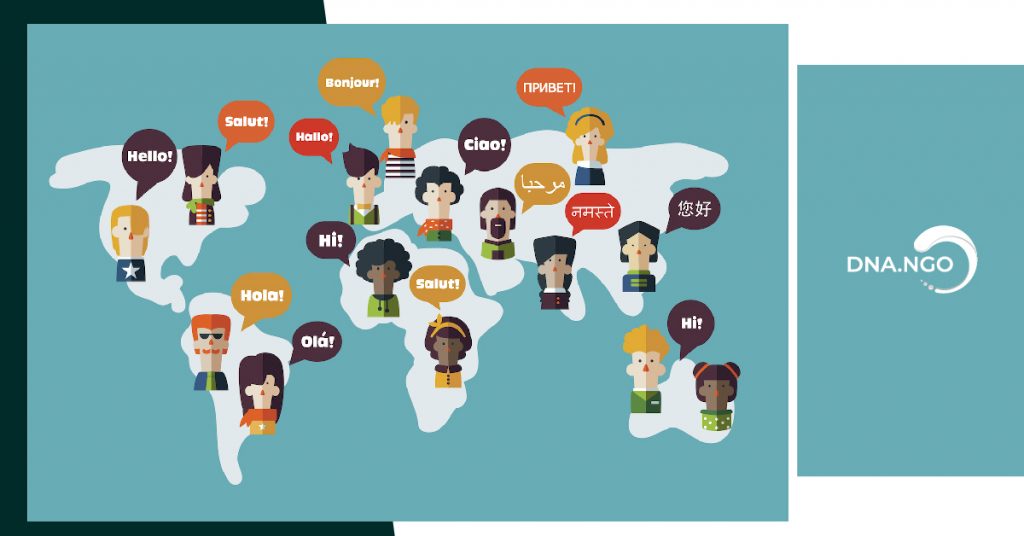 Today we live in a completely globalized world, where we are all in touch with each other. That is why learning a language is a helpful tool for communication, and, of course, for professional advancement. As much as recommended to learn new languages from an early age, it is never late to acquire language skills.

This time with DNA, we will determine the role of languages when choosing a profession.

The advantages of learning a language

Language as a profession

For many people, learning a language is just a hobby or, at least, people master one language for a profession. In this case, a good knowledge of the language teaching experience is essential. Even today, there are a large number of language specialists who carry out more in-depth studies: this profession changes over time, many interactive teaching methods are developed.

The role of languages in other professions

Latin is the main language in the medical field. Russian and English also have a special place, taking into account that most of the international literature is in English, and the medical experience of the former USSR countries is summarized mostly in Russian. Since there is a unique not translated medical literature in German, therefore, in addition to English, it will be useful to know it as well, so that this literature will also be available to the reader. Even the terminology of English and several other languages are mostly of Latin origin or influence. And the knowledge of additional languages can sometimes be essential for the doctor when it is necessary to examine a foreign patient who does not speak any other language than his mother tongue.

Being one of the trendiest professions, knowledge of English and Russian is mandatory, as it is in great demand both in Armenia and abroad, especially when cooperating with various organizations.

Knowing the language alone is not enough when choosing this profession: it requires a lot of effort, development of relevant skills, mastery of vocabulary in different fields, flexible thinking և polished speech.

English, being an international language, has its significant influence in the profession. It is desirable to speak Spanish, French, or Italian when working in state or international institutions.

As it is known, knowledge of languages in the field of tourism is considered one of the most necessary skills, especially for guides. Tourists are grouped in different languages, and excellent knowledge of the given language is required when making excursions.

In addition to national languages, there are also programming languages. They are a unique system of instructions-signals, a unique “language” through which a person gets the opportunity to “communicate” with computers, machines, to give the necessary instructions to carry out the processes. Without knowledge and the creation of programming languages, it would be impossible to achieve the current scientific and technological progress.

Knowledge of languages, the study of their etymology, and phonetic features allow scientists to imagine more comprehensive the connections and relationships between human origins, ethnic groups, migrations, and different racial groups.

It would be impossible to imagine the historical events of ancient times without studying languages (for example, ancient Greek, ancient Egyptian, Sanskrit, etc.).

Archaeological excavations, as well as ancient manuscripts, provide valuable evidence about events that took place thousands of years ago, as well as the phenomenon of that time.

1․English – It is the most studied language in the world, in business, international trade, and the most popular language on the Internet. It is spoken on five continents: its use is primary in some of the most powerful countries (USA, United Kingdom, Canada, and Australia).

2․Chinese – More than 1 billion people speak: it has a special significance in the Asian market. In Armenia, it is also taught in some universities, such as the Armenian-Chinese Friendship School and language centers.

3․Spanish – After English and Chinese, Spanish is one of the most popular. It is the official language in 21 countries. There are more than 400 million native Spanish speakers worldwide, and scientists estimate that by 2050 there will be more than 530 million Spanish speakers, and it will even become an international language, surpassing English. It is also an Internet language, as almost 5% of multilingual web pages use Spanish. It is one of the official languages of the UN.

4․French – More than 200 million people speak this language. In many parts of the world, it is the second language, which is studied mainly in schools. Greater access is given to the labor market. It ranks 3rd on the Internet after Spanish. It is also the language of international organizations (such as the United Nations, the Red Cross, UNESCO, and the EU).

5․Portuguese – It is the 5th widely used language on the planet. 270 million people speak Portuguese. In recent years, demand is expanding. With the knowledge of this language, you can work in Portugal, Brazil.

6․Italian – It is one of the official languages of the EU. By mastering the language, you can discover the whole country, culture, and cuisine on your own, and finally communicate with the locals. Italian can be considered the closest descendant of Latin, and knowledge of Italian certainly makes it much easier to study other languages of Latin origin.

Thus, we can generalize that knowing the language, regardless of the profession, is a great advantage and the opportunities are different: to be self-educated, to develop, to be ready for new challenges.

PrevPreviousTAKING LIFE TO THE NEXT LEVEL: 4 ARMENIAN APPS YOU WILL ABSOLUTELY LOVE
NextAgriculture as a Modern FieldNext