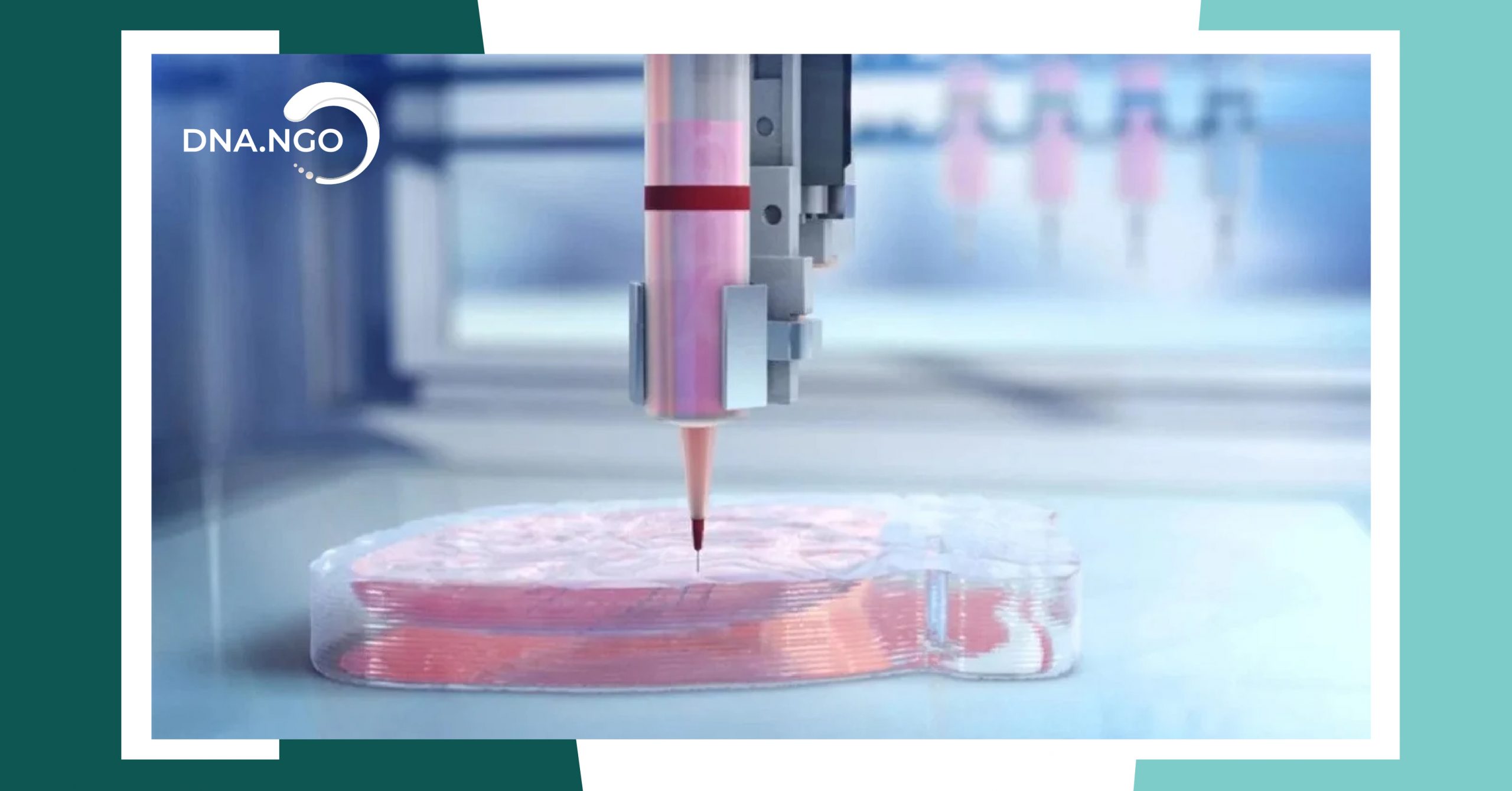 By Ani Rubenyan February 6, 2021 No Comments

Bioprinting is a special method of three-dimensional printing that utilizes not plastic or other materials but living cells and biological materials. This enables to create living tissues and even organs in the laboratory. Donor organ or tissue transplantation is sometimes needed to save the patient’s life in case of severe injury of any vital organ.

In certain cases, transplantation is comparatively easy, for example, large but not serious skin wounds are possible to be cured with a skin layer taken from the other parts of the patient’s body. But it is impossible to do in case of severe injuries or cases of such organs as the heart, liver and kidney. The classical solution for these cases is the transplantation of organs or tissue taken from other people or corpses. The patient’s organism does not always accept the tissue or organ. What happens is that the patient’s immune system starts to fight the donor organ as if it would do against the foreign substance. This is a very dangerous situation that can even lead to the patient’s death. Patients have to take immunosuppressive drugs for the rest of their lives after transplantation to prevent rejection. The suppressed immune system cannot fight against viruses properly, and therefore these people are at higher risk for different illnesses. Science came up with a new concept in the search for the solution for this issue. If it was possible to take a little number of cells from the patient’s skin, muscle, fat or other tissues, modify them, increase their amount and generate the organ or tissue needed out of them in laboratory and transplant the same patient, the organism would not recognize it as a foreign substance and reject the transplanted tissues. In this case, the patient would not need to take these ”dangerous” immunosuppressants for survival.

A large group of world scientists committed themselves to the accomplishment of this ambitious idea. They had success and proved it was a difficult though realizable goal. A new branch of science was formed – tissue engineering. Along with the development of Mechanics, Informatics and other sciences, simultaneous processes of their integration happened. Just like that, one of the most progressive branches of tissue engineering 3D bioprinting came into existence as a by-product of the integration of 3-D printing and tissue engineering.

The above-mentioned goal is not yet accomplished, but many experiments are carried out in this direction. World-leading scientists managed to create different tissues and even organ models via bioprinting, some of which have been experimented and are going to be tested on animals. Basic tissue samples such as cartilage, skin tissues are good enough for general clinical application.  Scientists still have a lot to do to offer patients complex tissues and organs such as the heart, liver and others. In parallel with development, bioprinting found other applications as well. For example, it became clear that new drugs, cosmetics and other products could be tested on the printed tissues. Thus, these tissues can replace laboratory animals. Bioprinting has found other applications as well, for example in biotechnologies and even in cooking.

How does bioprinting work?

Firstly, the needed cells are separated and kept in special incubators in the laboratory for some time. The latter are devices that create very similar to human organism conditions inside them to ”assure” the cells are still inside the organism. The cells are supplied with corresponding food and other necessary biological materials and they start to increase in quantity. But the random combination of cells is not yet a tissue. They need to get some certain disposition and be settled into intercellular substance. Thus, the biomaterials which are to get intervened with the cells to create tissues are being synthesized by corresponding specialists. When everything is ready scientists mix the cells with the biomaterial and create liquid material which is called bioink.

The bioink is put into the bioprinter and the most interesting part starts. The three-dimensional structure created with the help of a computer is being exactly formed via that bioink layer by layer. It makes it possible to create not only the geometrical form of an organ but the composition as well. In the future, this perspective technology can print organs solving one of the most important issues of medical science.

Having the opportunity to be invested in this promising field, Bioprinting has started to develop in Armenia in recent years by the common efforts of Armenian doctors’ research group. They have developed their 3D bioprinters and established ”Foldink”- the first-ever Bioprinting company in Armenia thus making Armenia noticeable on the world map of 3D bioprinting. Get acquainted with the teamwork with the following link https://foldink.am.