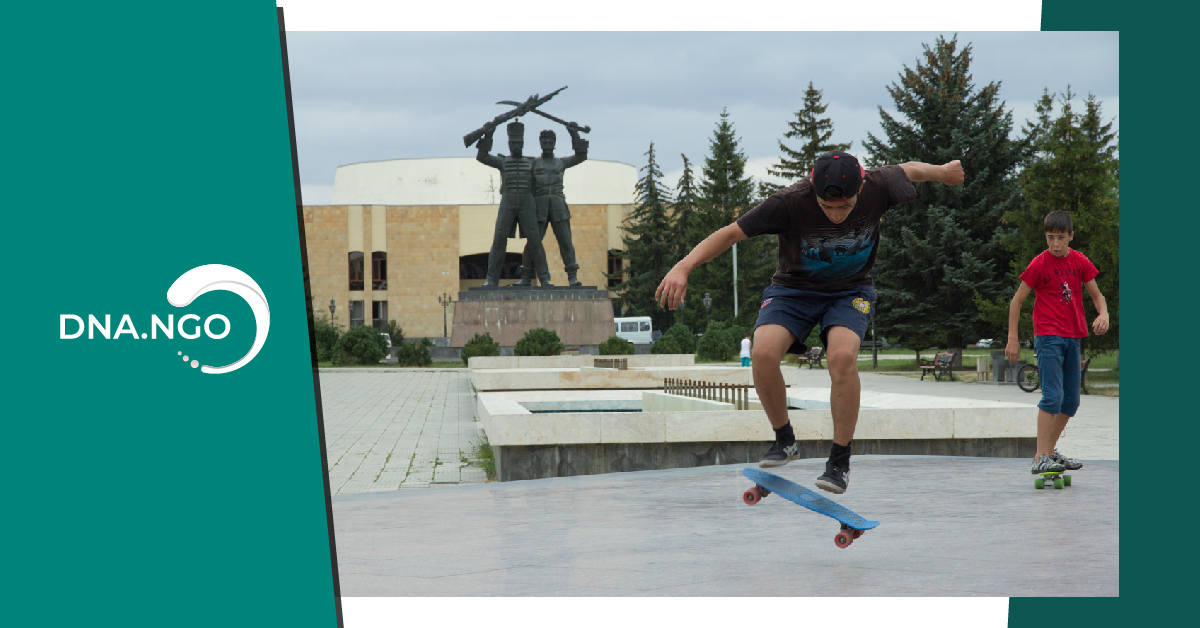 Active Youth against the Regional Problems

There are many regional problems in Armenia that the youth is either undertaking actions to solve them or not. What kind of issues are they, which regions are more active, and who empowers the young generation to be self-organized?
These are the questions that we in DNA decided to cover in our new informative interview with Anahit Minasyan- a journalist of the Urbanista platform and a social media reporter.

-Dear Anahit, why and when was Urbanista formed?

“We were initially three of us- journalists engaged in reports about cultural, social, modern technology, and ecology problems on different platforms. But we noticed that the news was covering agriculture, politics of only 2 out of 49 cities of Armenia (Yerevan and Gyumri). The plan was to start talking about the urban development of all the cities, and so we created a platform for it with the name of Urbanista, where URBA- means a “city” in Latin. We aim to talk about the problems and suggest solutions based on experts and international experience”, said Anahit.

We are going to describe some of the projects carried out by Urbanista on the example of a Ukrainian city Ivano-Frankivsk. This city is an administrative center in Western Ukraine with a rich history. The city was formed in the place of 2 villages in 1662. Ivano-Frankisvk was an industrial city during the Soviet Union with one of the biggest factories of equipment (Prompriland). Like the rest of the post-soviet countries, the industry partially or entirely collapsed after the 1990s. As the economy was weak, the locals could prevent poverty with the help of 3 projects:

Reconstruction of the industrial areas

Anna Pashinski and Anna Dobrova are young architects who, after living in Vienna for a long time, decided to move to Ivano-Frankivsk. They set up MetaLab urban laboratory to work on the plan of Prompriland factory revival. It was transformed into a co-working area, where locals, experts worldwide, and the government could gather and discuss the future of the city.

Miroslav Fedorkivi is a biker and an activist who initiated a project of a-five year plan in 2015 for the development of the biking infrastructure to connect the center with the suburb. The trail lies along the river.

Renovation of the ancient city doors

With the efforts of one person interested in the history of old doors, about 7000 people helped to renovate about 30 doors within four years.

“We plan to find out such projects and prepare step-by-step guides in Armenian, such as videos, articles, or infographics”, said Anahit.

Anahit also mentioned about two main problems of the regions- public areas and the transportation system. For example, Talin has a new park but for men’s gatherings. Alaverdi city has an abandoned park for a long time, and nature took its course.
As to the transportation system, according to the Urbanista survey, 86 out of 600 communities do not have a proper one.

-Is our youth enrolled in the problem-solving process in their communities? If yes, then how?

“We have a lot of requests from Ijevan, Hrazdan, Charentsavan, Vanadzor, Martuni, etc., who wish to develop their cities. But there are still regions where we need to build them up. We have a lot of potential for the regional youth, and they are actively in touch with us with the help of Info houses. We also meet, organize some discussions or training courses trying to inspire and guide” said Anahit.

-What are your recent projects, and is the youth also involved in them?

“We are now working on several projects, but I would like to highlight “Reading the city”. We want to show the city through the architect, humanitarian or sociologist eyes full of history and memories. Kond, Norq, and Firdusi districts are part of this project.  For example, we are fighting for Firdusi with a 120-year history. It is necessary to show that the city is not about the buildings and later spread the information with the help of Info Houses”, said Anahit.

In conclusion, the youth is very confident in their actions, but yet, we need leaders to guide, help, and never let them down.